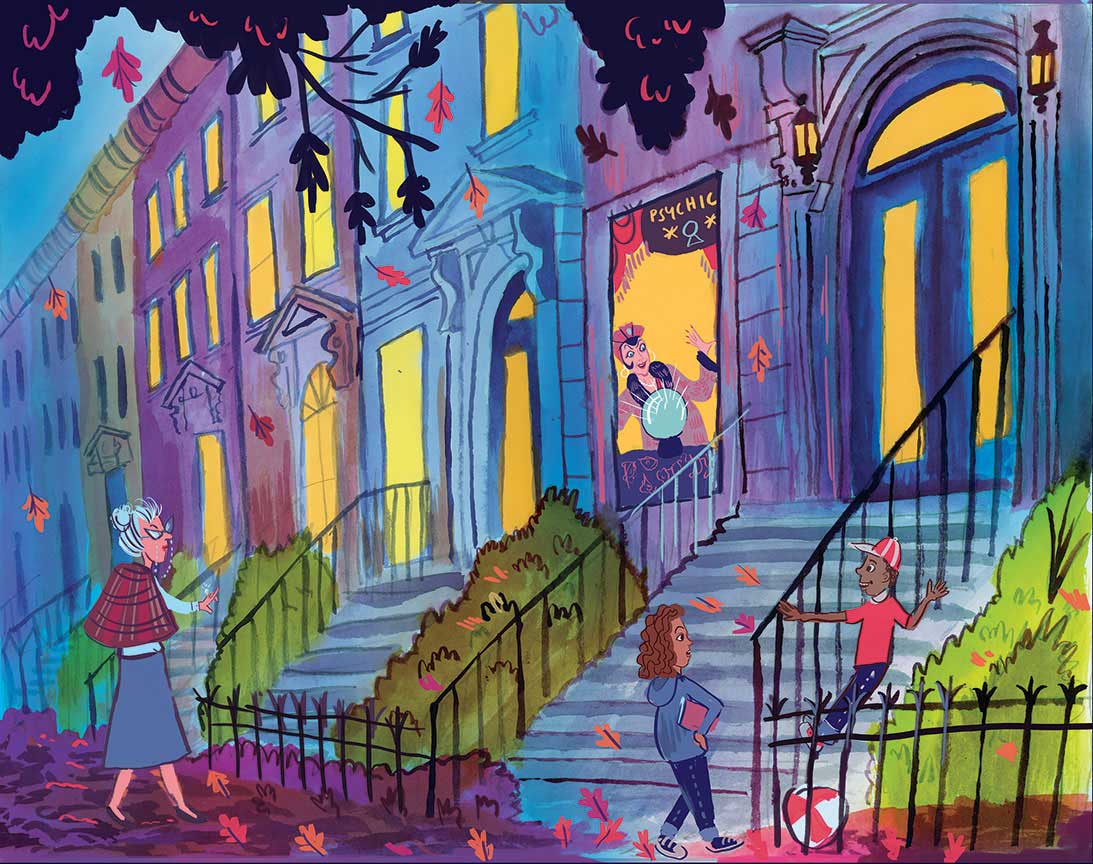 In 2013, I enrolled in graduate school at Vermont College of Fine Arts in the Writing for Children and Young Adults Program. Although I initially was interested in writing only picture books, the teachers encouraged me to begin a novel and turn in the first 20 pages for workshop.

That first workshop manuscript ended up becoming my debut middle grade novel, The Mysterious Messenger. The initial draft was well received by my critique group, so I spent the rest of the semester writing it, and finished it a year after I completed grad school in 2016.

I was inspired to write the story after I’d been invited to a seance where a medium demonstrated how she talked to a spirit through automatic writing by ballancing a pen between her knuckles and moving it over a piece of paper while in a trance. I was a little skeptical at the medium’s psychic abilities after she admitted that she had to tell her husband there was another man in her life—the spirit of Elvis Presley. But I began to wonder what a story might look like with a fake psychic named Madame Destine that cons widows out of their inheritance. And what would happen if her daughter, Maria, really could speak to a spirit named Edward (not Elvis Presley)?

And so I developed a whole cast of characters where Mr. Fox would be Madame Destine’s helper. Ms. Madigan and Mrs. Fisher would serve as the positive adult role models in Maria’s life, and there would be Sebastian Goldstein, who lived above Maria with his family, and was her new friend.

After many drafts, and sending inquires for representation for a year and a half, I put the finishing touches on the story with the help of my new literary agent, Carrie Hannigan. Then we quickly sold the manuscript to Christy Ottaviano, who has her own imprint at Macmillan.

The novel mostly takes place within a three- block radius of where I live in Clinton Hill, Brooklyn—the perfect haunted setting of Victorian brownstones with iron gates on uneven sidewalks. But it also has scenes in Manhattan’s Greenwich Villiage.

I decided to paint 36 black and white illustrations to accompany the text in the story, having some as chapter openers and some as full spreads. This massive undertaking was completed right up against the late fall 2019 deadline. Below is my dining room table with all of the illustrations once they were completed.

And here is a video of me painting a spread from start to finish….

In between completing the interior illustrations, I worked on cover sketches. Here are some of the directions the cover could have gone…

The novel was originally called Kindred Spirits, but the publisher felt like kindred sounded too adult. So we changed it to The Treasure Inside, but that sounded too sweet, so we settled on The Mysterious Messenger. The publisher chose sketch 4 to go with and that turned into the Advance reader cover you see below.

And this is what the trade hard back cover will look like when The Mysterious Messenger is released in late July….

I work as an author and illustrator of books for children. I also teach in an after school program in Brooklyn. I hope you'll check out my books, blog, and artwork.

Current obsession: how to fill the empty spaces in

Currently reading:Ideal city is so inspiring and l

Every once in a while I’ll read Ben franklins al

Paperbacks of the mysterious messenger are out! Ge

Lazy summer… back to the sketchbook

Beautiful book I found today at strand. I remember

Made it to summer!

Summertime in my new park :)

Spring in the Brooklyn Botanic Garden

The Holbein hipster at the Morgan library

Just a few snapshots of the Whitney biennial …